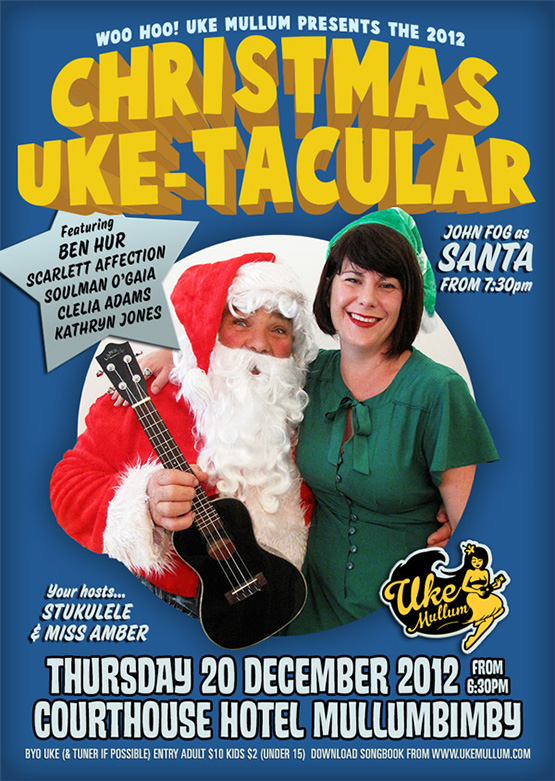 Let us give thanks for a wonderful evening  of Christmas cheer  had by all at the Courthouse Hotel for the 2012 Christmas Uke-Tacular – THURSDAY 20 FEB.

Yes, Mullumbimby  Courthouse Hotel patrons were again treated to a wonderfully orchestrated community event… raising the spirits, reaffirming the goodness of life with the gift of Christmas song. The evening was described by one supporter as being “every bit as good, if not better than any televised Christmas Spectacular”.

Musically and production speaking, we have never had it better. Aaron from Biggs sound on audio with the brilliant sound system and Aaron’s mighty fine ears, Luis Christia provided a screen and projector for both sides of the stage for the song chart projection by Skye Stenning… great talent, fantastic sound, brilliant screen sight from anywhere in the room…. just brilliant!!. also special mention to Molly Campbell for her wonderful photography.

All round a great and memorable evening. (special thanks to the couple who gave us a 9 volt battery for the uke in the second set.)